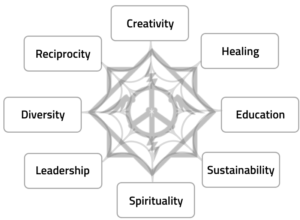 The Eight Limbs serve as an overarching umbrella to connect, organize, and coordinate the various projects and initiatives of Worldchangers Organization.
By coordinating our projects in this manner, we create a symbiotic organism composed of many complimentary and mutually supportive components. 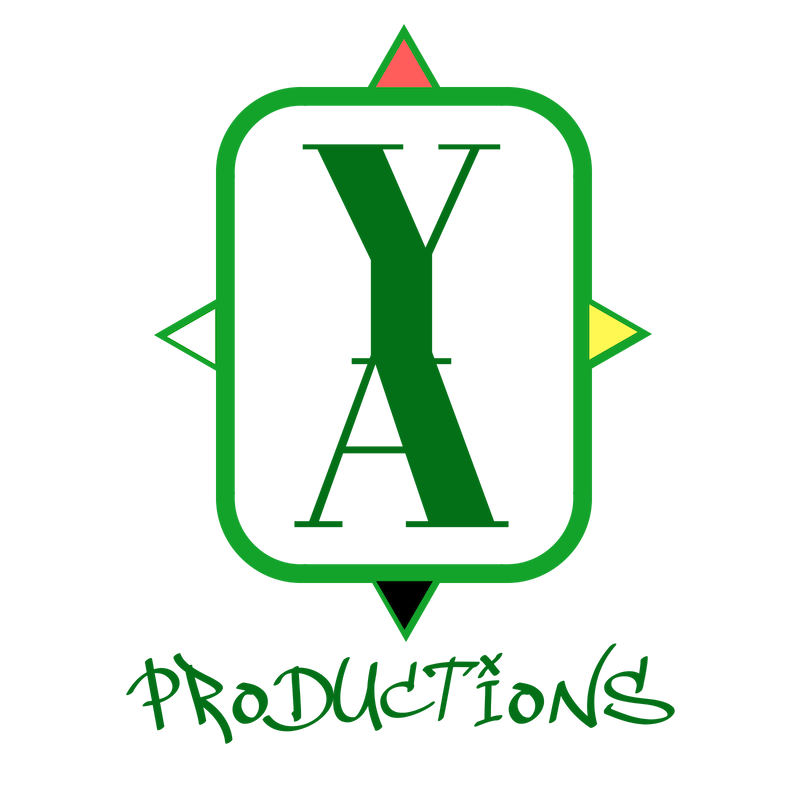 YA Productions is a multimedia production house dedicated to generating, curating, and disseminating transformational and new-paradigm content.
https://HeartFireFest.com

HeartFire Festival is a new paradigm in festival culture, combining the most ancient spiritual wisdom with the most modern performance art.

The Caduceus Collective is an artist alliance and multimedia curation of creative work from all disciplines of artistic self-expression.
It includes within itself:

Works in progress:
There is an Abyss
Hip Hop Psychology
Romantic Semantics
Rapture: An Exegesis
Wrestling HaShem
42 Ideals of Ma’at Oracle Cards
The Worldchangers Manifesto
To Be Trilogy
Abraxas Screenplay
2020

In addition to one-on-one coaching for individual clients, we also offer tribal council for couples and communities.

Influences in our approach to tribal council include indigenous traditions from Colombia, Peru, and the States, as well as the Tibetan debate tradition, Authentic Relating & Non-Violent Communication, various schools  & techniques of psychology, and Sufi Sohbet.

Although modern scientific findings often reiterate the older, time-tested knowledge of esoteric traditions, we do recognize the importance of scientific evidence for many people and are inspired to see that modern studies have confirmed the benefits of Lucid LifeCare.

Scientific research agrees that all of these additional Lucid LifeCare modalities are highly effective forms of holistic wellness and preventative healthcare. You can learn more about the science here.

Becoming Who You Are.
https://Trismegistus.Academy

Electives (by Department) – 3 credits each

The Core Curriculum of Trismegistus Academy is a Three-Step Self-Actualization Program designed to help students find, pursue, and manifest their calling or purpose in life.

Our three-step formula for manifesting dreams and actualizing one’s full potential is based on the principles of 1) Vision, 2) Organization, and 3) Follow-through.

Over a three year period, each student is required to complete nine semesters of course-work, attend six residential intensives, and choose at least one elective from at least four different departments. Additionally, students have the option to replace (or compliment) elective requirements with independent study, experiential internship / field work, or study abroad. 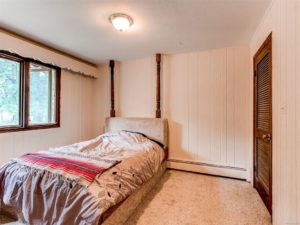 Community agreements:
Vegetarian
Substance Free
Non-smoking
Non-alcoholic
Non-violent and transparent communication
Mindfulness in body, speech, and mind
Golden Rule of Kindness: treat others how you’d want to be treated, Love thy neighbor as thyself, recognize the other as a reflection and extension of yourself

Karma Yoga:
You get out what you put in…
Please find chores and house projects to help out with every couple days during your visit.

Benefits of membership:
Access to the Library for Esoteric Studies
Access to private study groups and educational retreats
Access to family meals
Regular updates and special offers
Access to the weekly schedule of offerings

Uses:
Perfect for yoga, dance, meditation, or classes and workshops of all sorts.

Location:
In the mountains up Wondervu, just 30 minutes from South Boulder, Golden, West Denver, 20 minutes to Nederland, 45 minutes to downtown Boulder or Denver! 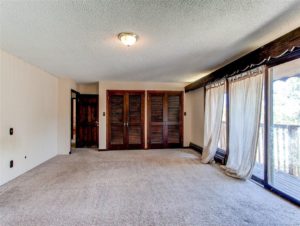 Weekly chore board:
Each week, house members are expected to sign up for at least one or two chores on the collective chore board

The museum has these features

The museum has these features 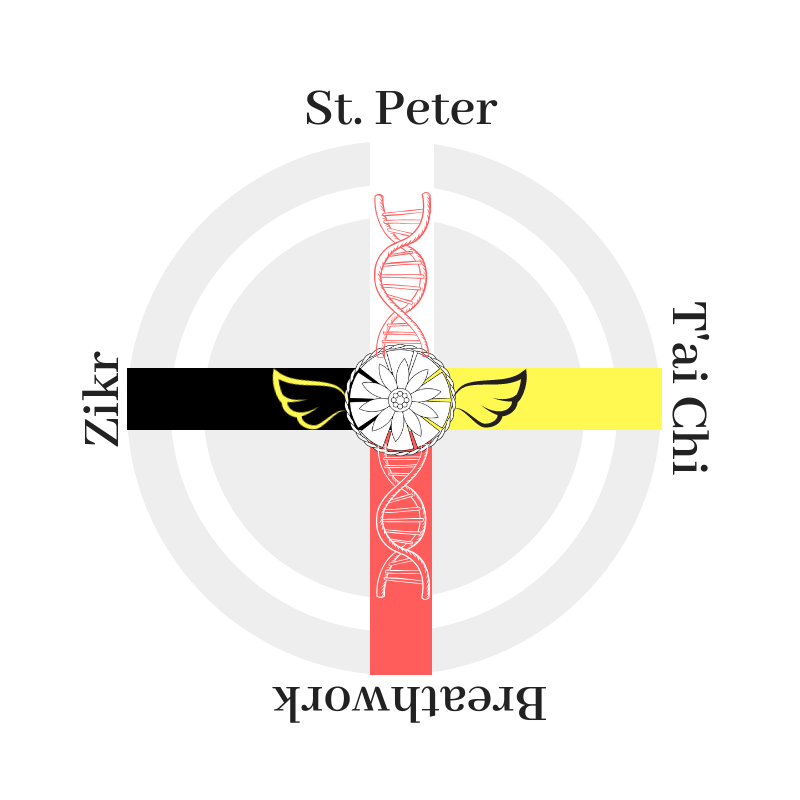 Spirituality: Way of the Winds

“T’ai Chi Ch’uan” (also known as “Taijiquan”) refers to the “Great Separation of Yin and Yang” and is a practical application of Qi Gong. T’ai Chi is an Internal Martial Art — which means that, instead of using external force, it trains us in an alchemy of personal transmutation. T’ai Chi can be used as an ongoing path of spiritual, psychological, and physical self-development.

“Qi Gong” literally means “Energy Work”. It trains the practitioner to conduct “Qi” (vital life-force energy) through the “Dan Tiens” (energetic centers) and “Meridians” (energetic passageways) of the subtle body — thus becoming a human conduit between Heaven and Earth. We are trained and certified to instruct Qi Gong & T’ai Chi Elements in the lineage of Professor Cheng Man-ch’ing.

Amazonian Primordial Breathwork is a shamanic practice of deep catharsis. Guided by rhythmic movement and vocalization, it alchemically eliminates the imprints and blockages in every Chakra and thus reveals our original nature. We received this particular breathwork technique from the Paititi Institute, who adapted it from the indigenous breathwork practices of the Yanomami people in the Amazon rain-forest.

Zikr means “Remembrance” and refers to the remembrance of God as the only reality, at one with the totality of existence. It is a form of prayer that combines the chanting of sacred syllables with rhythmic somatic movements within a seated meditation practice. Zikr illustrates the journey of grasping at emptiness, which eventually drives us inwards, where we discover the spirit and find refuge within the heart.

The Inayati-Maimuni Order is a Universalist Sufi-Hasidic lineage founded by Reb Zalman Schachter-Shalomi and rooted in the esoteric knowledge of ancient Egypt, from which all Abrahamic traditions derive. Honoring the blessings passed between Reb Zalman and Pir Vilayat Inayat-Khan, and echoing the interfaith practices of Egyptian Rabbi Avraham Maimuni (1186-1237), the Inayati-Maimuni Order bridges the universalist Sufi transmission of Hazrat Inayat-Khan with the mystical Hasidic teachings of the Ba’al Shem Tov.

As an open Halqa led by an initiated Zakir, we are authorized to practice Zikr by Netanel Miles-Yepez, who is the current Pir of the Inayati-Maimuni Order.

Way of the Winds retreats are authorized by our Taino elder, Maestro Manuel Rufino, who carries an Intertribal Altarplace where we have been studying the Universal Initiatic Tradition for several years.

The Intertribal Altar was created during a gathering of indigenous elders in Mexico in 1983. It is intentionally designed to serve the new generation of seekers who are coming from diverse cultural backgrounds to access the most ancient Native American wisdom traditions in a new and universal way.

The Initiatic Tradition is a spiritual mystery school of timeless ancestral wisdom, founded by Dr. Serge Reynaud de la Ferriere — who is considered the Avatar of the Age of Aquarius. He passed the tradition to his disciple, the Elder Brother, Maestro Jose Manuel Estrada, who then passed it to our teacher’s teacher, Ven. Maestro Domingo Dias Porta.

Network of Affiliates and Board of Directors 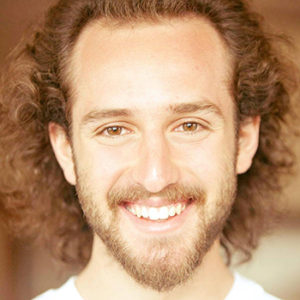 Yasha is an MC, polymath, and visionary founder of Worldchangers Organization 501(c)3 for Inner World Peace and of its Eight Limbs initiatives. As an apprentice of both the Inayati-Maimuni Order and the Universal Initiatic College, Yasha facilitates ceremonial rites of passage and interprets dreams. He is also authorized to lead T’ai Chi, breathwork, Zikr, and meditation. Having completed his Bachelor’s Degree in World Wisdom Traditions at Naropa University, Yasha is now in an accelerated PhD program for Jungian Depth Psychology at Pacifica Graduate Institute. Born into the dissident Ukrainian-Jewish intelligentsia, he produces a wide range of multilingual creative work. Since early childhood, Yasha has lived and traveled all over the world while receiving and sharing interspiritual teachings and transformational practices. 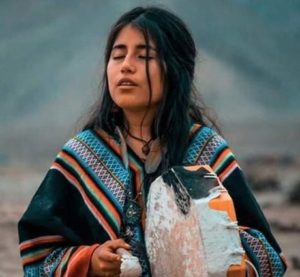 Born to a Peruvian family in Colombia with Quechua, Muisca, and Mestizo roots, Wayra migrated from her home in South America — where she has studied the ancestral healing traditions and ancient, sacred practices of her lineage — to the mountains of Colorado — where she co-facilitates in partnership with Yasha and supports the mission of Worldchangers Organization with her gifts and passions. Cantante / artista medicina, facilitadora de saberes ancestrales y círculos del sagrado femenino, chef creadora consciente, viajera y aprendiz de la vida. 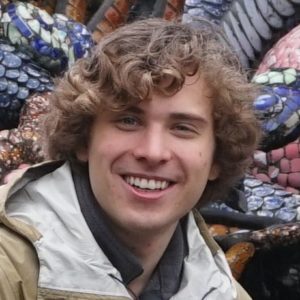 Born to Russian immigrants in Boston, MA, Alec has been an integral part of Worldchangers Organization since it was first conceived. He has a degree in electrical engineering from Stanford University and is focused on applying technology to a heart-centered paradigm shift for planet Earth. In high school, Alec created an algorithm that automates part of the corneal transplantation procedure, which saves the eyesight of countless individuals every year. As a result, he became a 2014 finalist for the Intel Science Talent Search competition, had a minor planet named in his honor, and traveled to the White House to meet with President Obama. 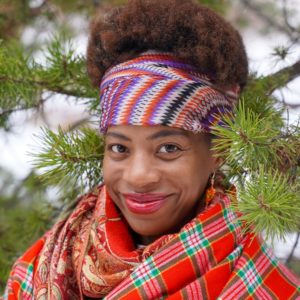 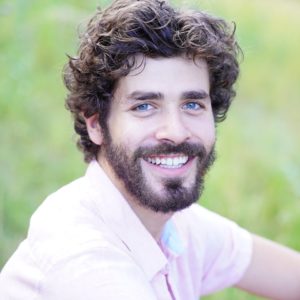 Born to a Jewish family in Upstate New York, Sam Newman-Plotnick holds a degree in labor relations from Cornell University and is thrilled to be collaborating with Worldchangers Organization. Despite his academic training and his intellectual background, Sam has come to value unlearning and deprogramming above the dominant paradigm of conventional scholarship. Most of all, Sam is grateful to the Worldchangers movement for providing him with opportunities to study sacred music, ancient practices, healing arts, and especially his own Abrahamic roots — via the mystical teachings of Sufism and Kabbalah. Considering his passion for supporting the movement and his background experience with grassroots fundraising initiatives, Sam was elected to serve as the grant writer for Worldchangers-related projects. 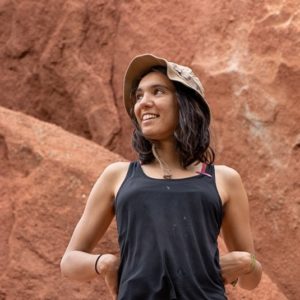 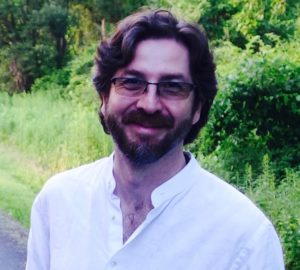 Netanel Miles-Yépez is an artist, philosopher, religion scholar, and spiritual teacher. Deeply involved in ecumenical dialogue for many years, he is considered a leading thinker in the InterSpiritual and New Monasticism movements. Born into a Mexican-American family, in his late teens, Netanel discovered his family’s hidden Jewish roots and began to explore Judaism and other religions. After studying at Michigan State University, he moved to Boulder, Colorado to study with the innovative Hasidic master and pioneer in ecumenical dialogue, Rabbi Zalman Schachter-Shalomi, founder of the Jewish Renewal movement. In 2004, he and Schachter-Shalomi co-founded the Sufi-Hasidic Inayati-Maimuni Order. After the passing of Schachter-Shalomi in 2014, Netanel became the Pir of the Inayati-Maimuni lineage. Netanel is also the president of Albion-Andalus Publications, author of many books and two films, co-founder of the Charis Foundation, and teaches in the Department of World Wisdom Traditions at Naropa University. 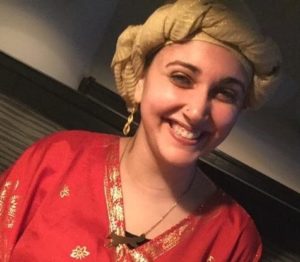 Jamelah Zidan was born in the Bronx to Palestinian immigrants. She studied Childhood Education at Sarah Lawrence and Oxford University and then taught at the Little Red Schoolhouse in New York City. In addition to helping with ticketing and logistics for all HeartFire events, Jamelah is in charge of coordinating venue relations and venue infrastructure for HeartFire NY. 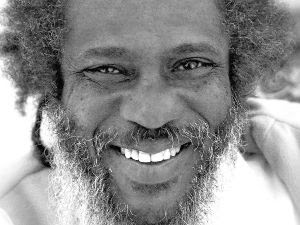 Maestro Manuel Rufino is a recognized elder in the Taino tradition & World Director of M.A.I.S.C.  He is a spiritual guide, gifted ceremonial leader & teacher of sacred initiatic traditions of the world.  He is also an artist, certified iridologist, naturo – therapist & the visionary guiding the Golden Drum community & many vegetarian restaurants, including the Jungle Cafe, NYC.  Guided by his teacher, Maestro Domingo Dias Porta, Maestro Manuel has been following the trails of indigenous healing arts for over 43 years.  Currently, Maestro Manuel travels around the world sharing initiatic traditions, leading workshops, sweat lodges & healing rituals. 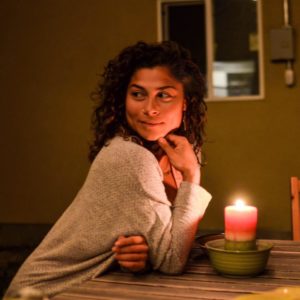 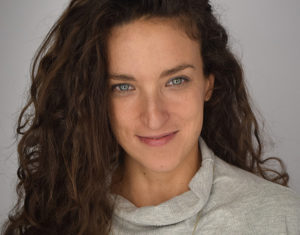 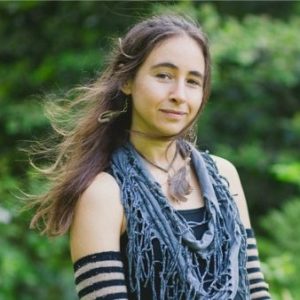 Melita is a singer/songwriter, folk musician, childrens’ performer, and ceremonial song-leader based out of Berkeley, CA. She is the founding member of Octopretzel, a popular Bay Area children’s band, and has also recorded and co-produced a number of CDs in the realms of both singer-songwriter folk as well as children’s music. Melita has also worked as a music specialist for young children for over 15 years. She currently teaches music classes in an array of Bay Area schools and other venues for families in the Bay Area. 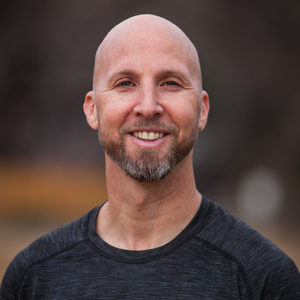 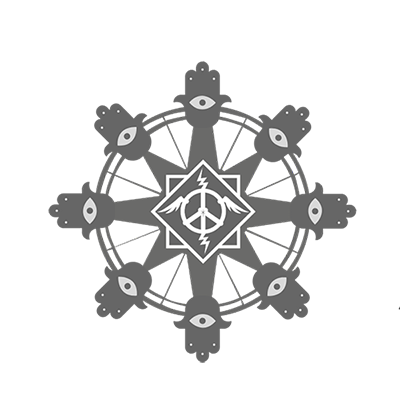 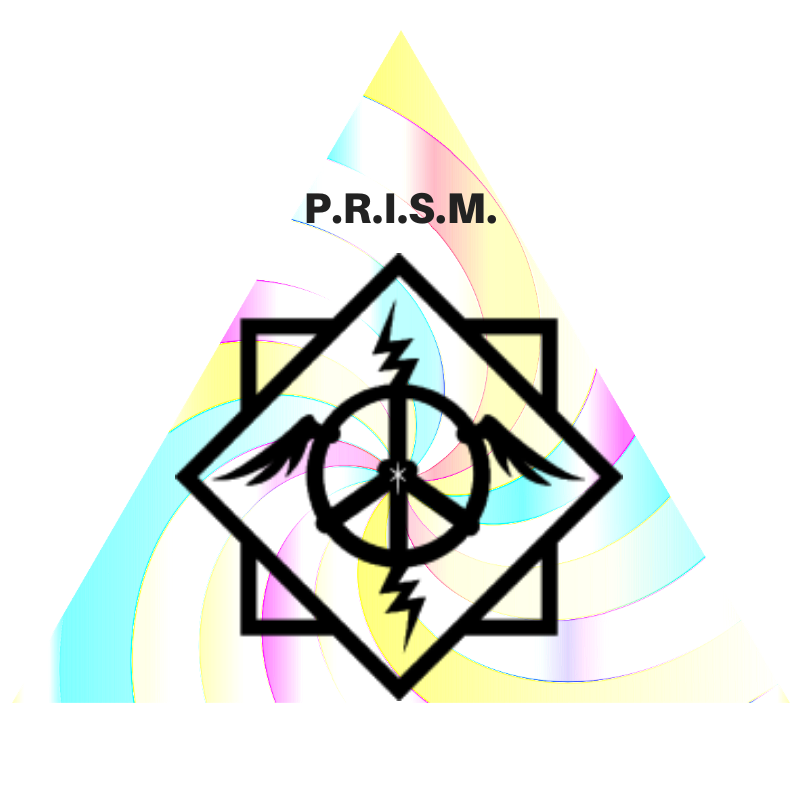 Pilgrimages and Retreats for the Intercultural Solidarity Movement
https://worldchangers.us/Uganda

Pilgrimage to Uganda is an Eight Limbs initiative of Worldchangers Organization, an interdisciplinary 501(c)3 nonprofit dedicated to inner world peace. Our mission is to receive and share ancestral wisdom, while offering community service, and developing a scalable ten-acre eco-village for liberation, harmony, and abundance. 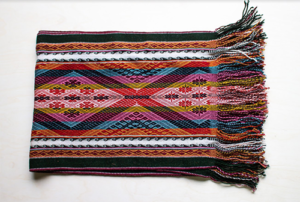 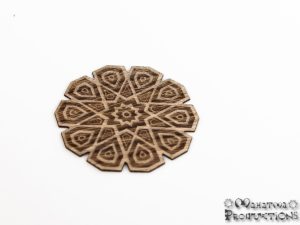 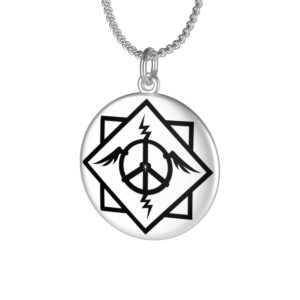 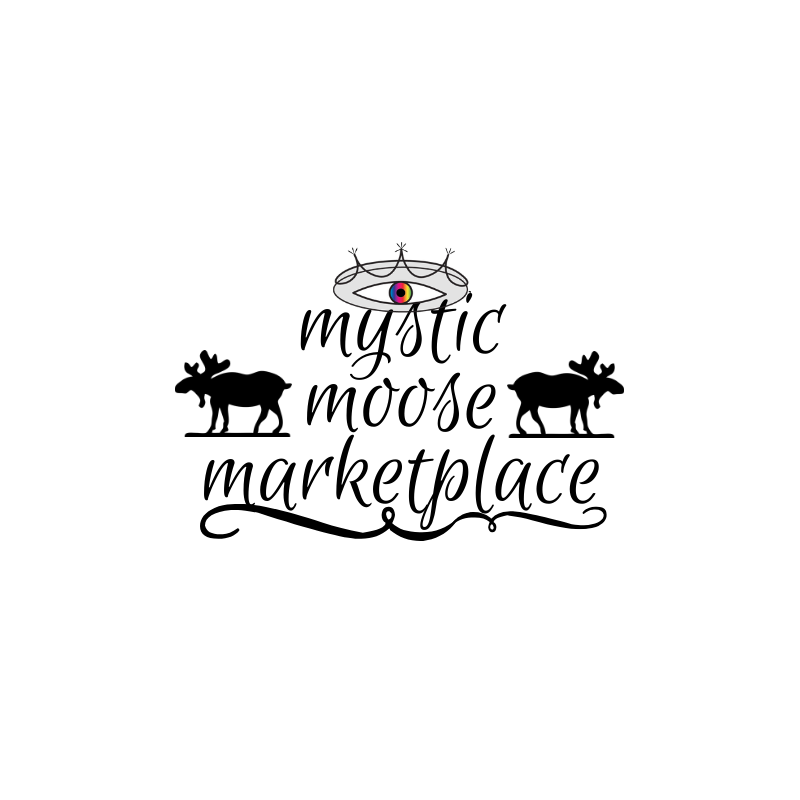 Global Work for Inner Change
We recognize service to society as a spiritual practice of self-development.
We see proactive engagement in the world of relationship as the most effective transformational path for the current era.

Inner Work for Global Change
We recognize the inner work of consciousness expansion and personal transformation as the best vehicle for global change and world peace.
We dedicate our work to the benefit of all our relations and to the vision of a new, more sustainable and harmonious planetary paradigm.

Newsletter Contact Us
Do NOT follow this link or you will be banned from the site!
X